When the Dollar collapses, whether intentionally or not, we have nothing to bounce back on because our industry has been moved over seas! Undoubtedly, this has been accomplished intentionally over time.

Additionally, our gold reserves, including massive amounts gained during WWII, has been stolen. The Federal Reserve hasn't allowed anyone inside Fort Knox for well over a half-century now. On 9/11, our largest gold reserve under the World Trade Center towers was confiscated. This was presumably the second largest gold reserve in the world; second to only Rothschild's Bank of England located in London. After the first tower collapsed, by demolition no doubt, a 10-wheeler truck was abandoned under the towers. As we know, this vehicle was completely load to the brim with gold bars. Apparently, the operation had a mishap with their timing and this truck was evacuated, yet the vast majority of the gold was already stolen.

When the Fed eliminates the dollar bill as a fiat (de-facto) currency, what will we fall back on?  People are growing concerned with the extensive building of F.I.M.A. internment camps throughout the United States. When there's no food available, the people themselves will flock to these camps in order to stay (temporarily) alive. Why is nobody questioning this immeasurable building of camps and prisons across our nation which currently have no use?

Voluminous amounts of our money has been directed into the incredibly expensive construction of underground bases, which in all actuality are underground cities. These bases travel miles and miles below ground level featuring everything required to maintain thousands of people alive for centuries to come. If you're a common citizen and don't belong to the Council of Foreign Relations and any other Illuminati group - then you'll never gain access to these underground cities during a time of apocalypse, yet, will be confined to one of the numerous concentration camps already built above ground in America. Henceforth, what are they planning for?

People Don't Get It!  Trump's Trying to Save America for Everyone Republican, Democrat, or Independent! 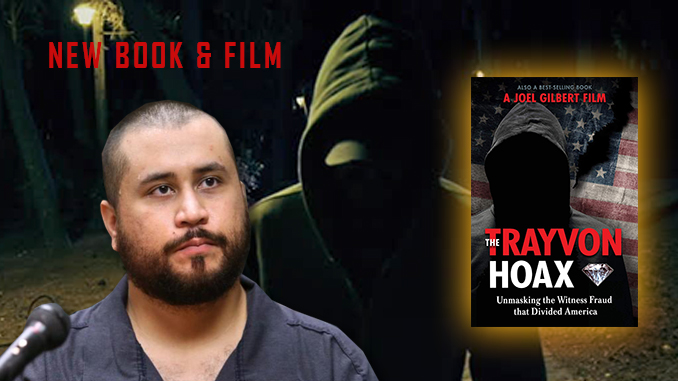 I am so sick and tired of the Divide-&-Conquer techniques employed by America's Zionist media! Joel Gilbert exposes all the deliberate falsities portrayed by the American/Israeli media within his new book and new film; both which feature the same title.

e.g.   George Zimmerman, the demonized White Supremacist is Half-Hispanic himself! More astonishingly, the media failed to mention Zimmerman was a Civil Rights Activist and

NBC once again acted disgraceful by editing the 9-11 audio tapes, making Zimmerman appear to sound racist. In response, Zimmerman filed a lawsuit against NBC, which a Florida judge was quick to dismiss.

Zimmerman says, “This guy looks like he’s up to no good, or he’s on drugs or something. It’s raining, and he’s just walking around, looking about.”

911 Dispatcher asks, “OK, and this guy—is he black, white or Hispanic?” Zimmerman replies, “He looks black.”

Zimmerman says, “This guy looks like he’s up to no good. He looks black.”

The MSMs coverage of this case helped launch and promote movements like Black Lives Matter and Antifa. But make no mistake, this falsely-portrayed glorified event was just as much an attack on Gun Ownership Rights; Florida's Stand Your Ground Law to be specific. It's certainly by design this gun-rights debate occurred during an onslaught of orchestrated false-flag shootings.